School of Dr Bengt is a series of blog posts with Dr Bengt Järrehult by the pen. Bengt works as innovation expert at Googol and PhD & Adjunct Professor in Innovation Management at Chalmers University of Technology.

Many times throughout the years it has been shown that Coca-Cola is preferred in branded tests prior to Pepsi-Cola and in blind tests it is the other way around. Many suggestions have been suggested for this effect until a recent study indicated that the correct answer was to be found using NMR, brain scanning, studies. In a blind test with unknown cola drinks it was hence found that the majority of the tested persons preferred drink #4 (containing Pepsi– and that decision was taken in the logical part of the brain, the prefrontal cortex, on the inside of our forehead.

This is where all the characteristics, sweetness, bitterness, color, bubble prickliness etc were compiled together meaning that Pepsi was objectively better in taste than Coca-Cola. 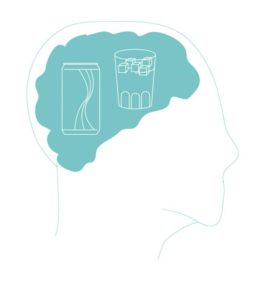 In branded tests the opposite was found. The fun thing was that the decision that Coca-Cola this time tasted better was taken in a completely different part of the brain, near amygdale, and this part of the brain is where also religion resides. The reason why you chose Coke before Pepsi is based not on logics but on other reasons, that are more emotionally based. The brand perception is hence closely related to social grouping effects such as religion, as we feel proximity and trust to those favouring the same thinking or preference as ourselves. (Furthermore the emotional decision making reduces the energy need for the brain to take a decision as it is OK just to follow the group preference instead of again gather facts, and take a decision on them.)

In 1992 the Coca-Cola Company wanted to improve the sales of Coke with the introduction of New Coke and made an extensive study – in blind tests of 72,000 persons, the largest Consumer Preference Test ever made, to see what people preferred. In blind tests (!!) they found a new taste, somewhat sweater and more Pepsi-like, but even better ….. It was a “no –brainer” to decide to launch the New Coke (the #1 Global Brand) with this new taste…and it was total Flop. Reason? Well, the Coke brand was so stuck in people’s mind made that their brains reacted with repulsion when Coke tasted differently to how Coke “should” taste. This means that a better product using the old brand is not always a positive thing unless the new improvement is enclosed in the Brand Promise. 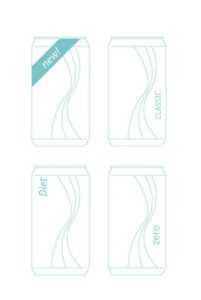 Coca-Cola counteracted by vigorously re-launching the old Coke version using the name Classical Coke…..and then later also with different brand perception Coke Light and the male version Coke Zero. (However Zero Cal indicates that it can taste somewhat different too) This shows that although you have reduced the risk by asking ever so many people – this does not matter when you ask the wrong question in the wrong context – in this case you asked logical questions when the theme was governed by emotional items – the brand perception

Take Away: If you develop products – you should not only develop better and newer products, you must also ensure that you develop products along the Brand Promise, i.e. what people await from the brand. Do not shock them. This is a sensitive and emotional issue for the consumer. Brand Stretch and Brand Dilution may lie closer than you think. But wisely handed, Brand Stretch is a sure winner.

From Insight to Market
Read more